And as is often the case when I am feeling smart and clever, I was quickly put in my place by someone who actually knew what she was talking about.  First, let’s be fair to me. The GDPR does pose challenges for Blockchain-based technologies, as it does for any service whether on or offline that stores personal data. Data controllers will need to procure consent from data subjects and storage of data will need to be limited in time based on the purpose for which it is being stored.

The concern I originally raised was the conflict between Blockchains’ main feature of creating a permanent and unalterable record with the legal rights of a data subject to be able to modify or delete her personal data upon request (aka, the right to be forgotten). But a much smarter and more clever colleague – let’s call her Jane – explained to me that the right to be forgotten is not absolute.

To the same extent, should you consent to making a transaction through a Blockchain-based service where you have knowledge that the record of that transaction will be permanent, your right to delete your personal data only comes into play when the purpose for retaining your data ceases to exist. For a Blockchain, that will likely be never. 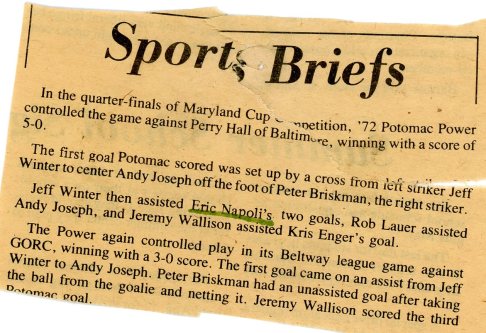 Think of a newspaper that publishes an article which features my name. The newspaper circulates thousands of copies. Like a Blockchain, the newspaper is distributed amongst thousands of people who have copies of the exact same story. We can verify that a single copy of that story has not been manipulated because we can compare it with thousands of other ones. Fake news aside, newspapers have the goal of being official accounts of events or newspapers of record. We should not then expect that upon request, every library and individual who has a copy of that newspaper article be required to destroy it or remove my name. Besides not being practical, it is contrary to the reason for having newspapers in the first place.

This morning I read a recent Grant Thorton report written by the Spanish lawyer Sara Esclapés Membrives on how the GDPR actually presents an opportunity for Blockchain-based technologies. The report corroborates Jane’s interpretation of the law, stating that the challenge for a Blockchain is to find methods for the future removal of an individual’s personal data “when the purpose for which the data were collected has finished.” But as with the newspaper example, the purpose of storing data in the Blockchain is permanency, which means that unless the Blockchain ceases to have activity and a reason for remaining in existence, it should be allowed to continue storing my name without me being able to invoke the right to erase my personal data.

Ultimately Blockchain-based technologies that store personal data need to focus on privacy by design, meaning developing an architecture that maximizes the individual’s ability to grant consent and opt-out of the service while providing the appropriate level of security for the storage of the data. But more importantly to be commercially viable, these technologies need to gain consumers’ confidence and trust. Otherwise consumers will not be comfortable sharing their data and will simply not use the service.

View all posts by Eric