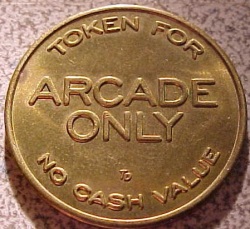 The more I hear Blockchain evangelists preach about tokenization and how cryptocurrencies will democratize technology, the more I am convinced that cryptocurrencies are one big swindle. I have already discussed this more in depth here, but allow me to add a few more points.

As mentioned, the reasons for tokenizing Blockchains would be:

With the exception of engaging in unregulated transactions, there already exist well established and extremely successful and effective means for meeting those objectives. Yet the crypto-pushers – other than rolling off catchy soundbites about democratization and oppressive regulators – haven’t made a compelling case why tokenization is so central to the success of Blockchain-based technologies.

So what makes a Blockchain start-up so uniquely different from any other tech venture? Weren’t Facebook, Google, Microsoft, and Apple all built from scratch without the need for raising capital through tokens or paying their developers in tokens? Why shouldn’t companies financing through cryptocurrencies be required to disclose to investors and consumers the same amount of information they would if they were issuing other types of securities? What is the benefit to investors, consumers and society from having less access to information or fewer legal protections against fraud?

And what is so democratic about paying your labor force in kind from the company store? That reeks of crypto-feudalism. It’s like a drug lord paying his corner dealers in product. The dealers can then decide whether to resell their cut of the product or to use it themselves. In fact, that is exactly how so many dealers become junkies or enter the game. So why not pay them with money they can freely exchange? And if the solution is to have one or two major cryptocurrencies, then how is that so different from just using US dollars or Euro? Or are the crypto-pushers too naïve to see that the most likely result of a successful cryptocurrency economy is that corporations end up issuing their own coins and control money supply? Instead of democratization and disintermediation, you are left with a Brave New Crypto World?

This is all reminiscent of the Web 2.0 bubble when VCs and entrepreneurs were trying to make a quick billion by selling user generated infrastructure. The idea was that if you had a big enough user base – to whom you gave stuff to for free in order to build your network – a big company would buy your user base even though your network was not profitable. The exit strategy was the entire business model. Now it seems like the crypto-pushers are looking to raise a quick million without having to build a sustainable or even convincing business model, while hoping they can get the open source developer community to finance, build and maintain their infrastructure, if not for free, with an I-owe-you executable at the company store.

It’s a shame because if you ask me, tokenization is a major distraction from the real value of Blockchain-based technologies. The major challenge for Blockchain is not how to tokenize or make bank, but how to find scalable use cases for a technology whose main value at the end of the day is the not very sexy back office task of processing and recording transactions.

View all posts by Eric